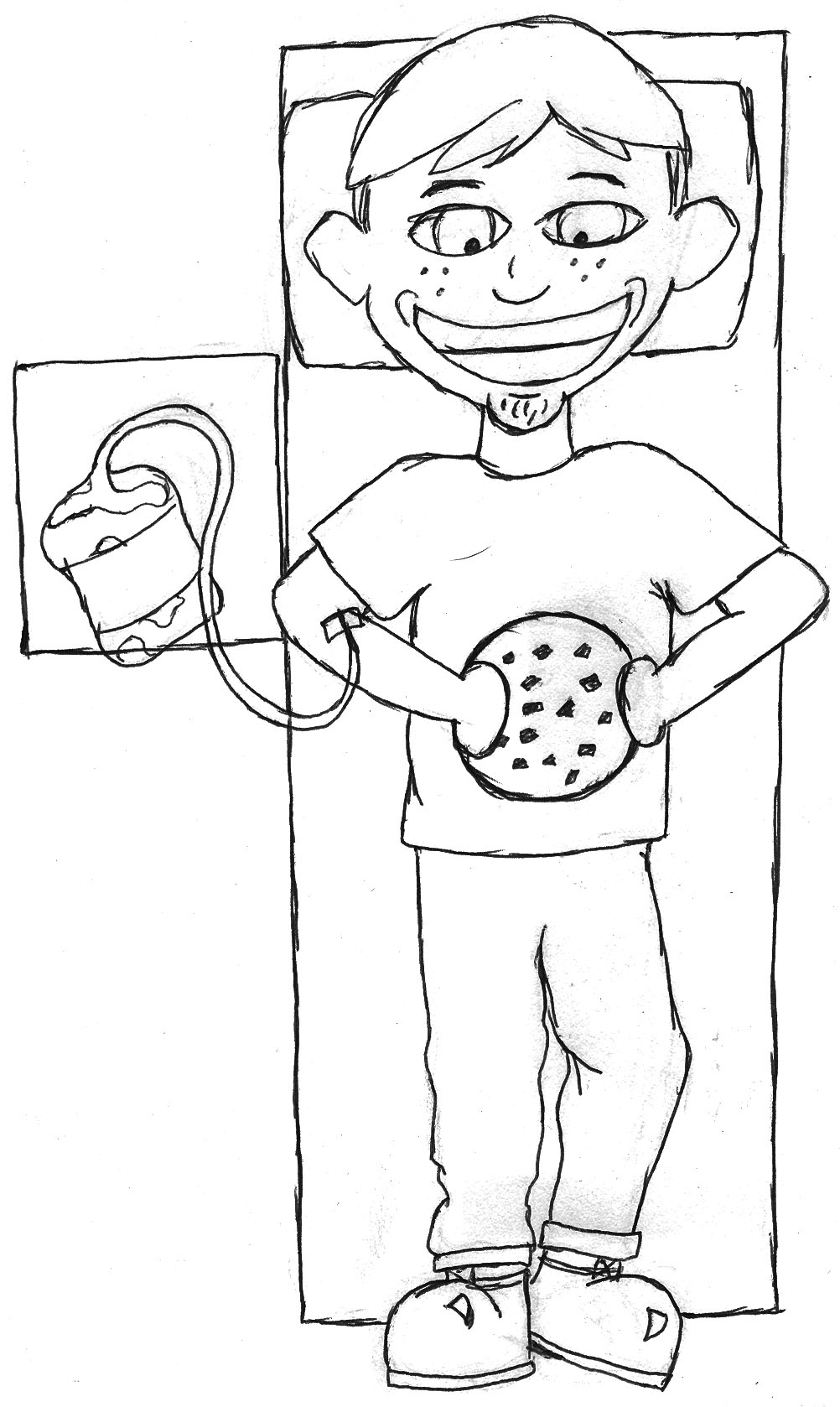 The recent outbreak of edible substance abuse in the New Hastings Community has had the Police Department looking for any possible avenues into its source. The epidemic first came into light when boxes and boxes of what seemed like Samoas and Thinmints intoxicated members of a second grade class. The children, confused about what was happening, couldn’t manage to do much but finger paint and lie on the floor. Tests later confirmed there were traces of THC in the cookies.

When patrolling the woods near the community college, police found mysterious piles of cookie boxes with no other indication of inebriation or traces of a party. Because the edibles are virtually undetectable and carry no distinct smell, police have kept their eyes peeled for any suspicious characters or events taking place in the community. When that didn’t come into fruition, the police began profiling groups or events in the town that involved food.

After first paying a visit to the local soup kitchen, the high school’s Parent Teacher Association, and the local crack-cocaine addiction recovery group, police turned their attention to the community college’s Environmental Clubs blood drives. Affectionately known around town as “the Burnies,” their previous efforts have included fundraising for a summer road trip to the Burning Man festival and selling memorabilia from the Matrix to “Save Keanu”.

For their blood drive, which was held in the wooden loft next to the club’s house, members of the EC invited Red Cross nurses to come and conduct all the official areas of the blood donations.  EC members then set up a series of lawn chairs on both levels of the loft and covered the roof with the tapestries they had taken from their respective rooms. Patrons who came in were treated to chai tea and a soundtrack that consisted primarily of vinyl Sublime and Bob Marley records.

What attracted police attention however were the snacks to replenish donors after their generosity: specially made, gluten free, leaf- shaped vegan cookies and brownies, as well as two Odwalla smoothies per person.

The police department’s attempt to sample the food in order to check for substances was thwarted by the EC’s student president Holly Jack, who refused to let the police ruin a “perfectly tranquil” event.

“Their presence is totally harshing the mood we tried to hard to set up. We set apart special treats — that we made ourselves — for the generous people who have dedicated their times, their … essences to helping other people!” Jack said. “I know my rights! We don’t have to give them anything!”

Another EC member, Ryan Caring, spoke out against the police’s attempts to apprehend their foodstuffs.

“Yo, the police are just like, total corporate assholes, trying to take our shit,” Caring said. “Our entire loft is made of wood we cut down ourselves. We don’t use anything nature hasn’t given us already.”

Despite trying to refute the police department’s  skepticism, raving reports of the blood drives wild success among college students did not dissuade the police’s feelings — especially when several donors were found outside the loft, rubbing themselves against the walls because “it felt good.” Police questioned one of the donors, Jerry Thickland, who admitted he was feeling “a little loopy” and later tried to convince authorities why “plywood is God.”

After a series of refusals, the New Hastings Police Department got a warrant to confiscate the cookies, brownies, and tea from the blood drive, which were all tested and proven to contain no traces of pot (or crack-cocaine to the department’s dismay). When the pharmaceutical test came back negative, Police Chief Roy Samuels gave a public apology to members of the media while his officers returned the half-dranken refreshments to the environmental club.

“We’d sincerely like to apologize to the members of the New Hastings Environmental Club for confiscating of their property,” Samuels said. “We had reason to believe that they were involved with the recent explosion of edible substance abuse, and we were wrong. The best we can do is hope for their forgiveness and hope they can got donors whose blood type was AB negative.”

Final test results of the confiscated food showed that the brownies were not entirely gluten-free, and cookies had trace amounts of gelaton. The Environmental club has yet to comment on those results.

K.C. Weston is a  sophomore CMD major who thinks blood drives are cool and all, but seriously we should save Keanu. Email her a kweston2[at]ithaca[dot]edu.

Local Athlete Starting to Think Hide-and-Seek Would Be...

Samantha Ridley to star as Lead Pipe in...

An Open Letter to Mystery Incorporated

A Revolutionary Review of Planet of the Apes

An Open Letter to Earth

NASA to Launch Women and Monkeys Into Deep...