Where is your donation really going? 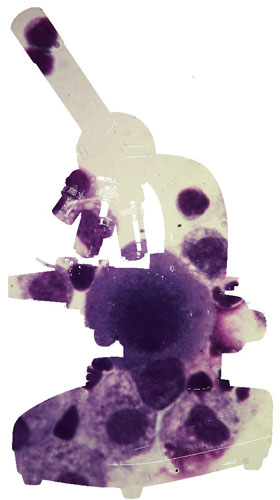 Burton Goldberg, a two-time cancer survivor and a professional integrative care consultant, believes if you are donating to cancer charities, you might as well “throw your money into the ocean” — until our political and economic systems in this nation are revised, that is. Goldberg is not alone in this feeling. Throughout the blogosphere, on websites and social media platforms, there is a burgeoning suspicion that the modern cancer research industry has conspired to repress a cure for cancer in order to make money.

Many argue there is certain logic to this claim. If our society has come so far as to land men on the moon, to split atoms, and to derive power from the energy of the nucleus itself, then doesn’t it seem unlikely that we have not yet found a cure for cancer?  With the amount of money poured into this field of research, and the amount of brilliant people working on it, some argue, a cure should have been created by now.

Some argue the cancer research industry has conspired to conceal cures they have already discovered. Because very little money can come from a treatment that cannot be patented, the funding these researchers receive could be more lucrative for pharmaceutical companies than finding an actual cure.

Dr. David Gorski, a surgical oncologist at the Barbara Ann Karmanos Cancer Institute in Detroit,  MI, believes the suggestion of a conspiracy is nonsense.

“Anyone who came up with a cure for cancer that actually worked would be instantly famous, and almost certainly fabulously wealthy,” Gorski said.

In the medical field, one would be hard-pressed to find anyone to disagree with him.

“People who work for pharmaceutical companies, for all the abuse they take, some of which is sometimes justified, they are all people, too,” Gorski said. “If they knew that there was a cancer cure, and someone in their family developed cancer, it defies reason to think that such an effective cure for cancer could be kept for so long.”

While this conspiracy theory does seem to overlook reason, it does point to a central problem within this issue: People feel they are not being told the whole story and feel a need to fill in the gaps with speculation.

Goldberg does not believe there is one “cure” to cancer that is being universally repressed, but rather that the many viable treatments that are branded with the medically biased title of “alternative” are overlooked, if not intentionally repressed by the medical community for profit purposes. Alternative treatments are potential remedies to cancer that are either unapproved by the FDA or simply outside of the conventions of standard medicine.

“Cancer is ‘Big Business,’ and they are not interested in any approach that could potentially threaten their profits,” Goldberg stated in a letter regarding Steve Jobs’ cancer-related death.

Goldberg argues that profit motives on the part of Big Pharma, the American Cancer Society, the American Medical Association and parts of the federal government inevitably have self-serving motives that impede the flow of information to people who could help.

Goldberg operates in the field of “integrative care,” which does not dismiss the conventional treatments of chemotherapy, surgery and radiation, but instead combines these with an alternative approach.

One of the main criticisms of conventional treatment and research is that it focuses too narrowly on the cancer itself and ignores the holistic environment — the person, if you will — in whom the disease persists. Dr. David Agus, founder of Navegenics, a genetic testing company, and Oncology.com, also sees myopia within this industry of research that might inhibit progress. He referred to the general trend of cancer research as “reductionist” and criticized the futility of this approach.

“The average cancer diagnosis has over a hundred mutations. I’m not sure how we could even model that,” Agus said.

Agus, who appeared on The Daily Show a few weeks ago, represents an approach to cancer research that calls into question the dichotomy between conventional and alternative wisdom.

With regard to the idea that potential treatments are repressed because they are unable to be patented due to their lack of money-making potential, Agus said the treatments now used by the industry are actually generic. This means no pharmaceutical company gets exclusive profits from its use.

Agus’ approach in recognizing that a change in environment leads to a change in the growth rate of cancer resembles the holistic approach advocated for by the alternative community.

“Anything that appears to work in a randomized trial, by definition to me, is no longer alternative but conventional,” he said.

Given the variety of approaches, the maliciousness within this community all directed toward a common goal seems counterproductive. The separation between alternative medicine and what we call conventional seems pointless, perhaps even provoking people to believe there is a conspiracy prevailing behind the closed doors of pharmaceutical and research companies. As Goldberg’s “integrative care” consultant title suggests, cancer patients do not deserve a derisive battle between two differing ideologies. Instead, they are entitled to a care that is integrative and intended for their highest interest.

Zachary Krowiak is a sophomore IMC major who won’t be buying himself  Livestrong bracelet anytime soon. Email him at zkrowia1[at]ithaca[dot]edu.