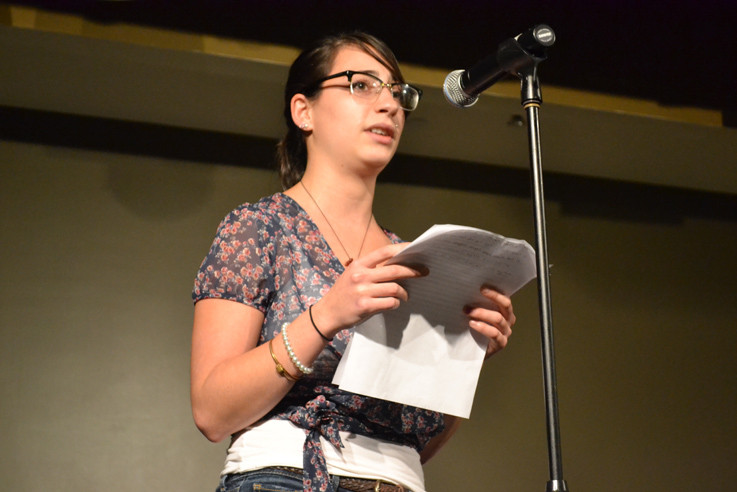 For me, sitting around the dinner table means life. I distinguish this from food as life because food is a given for every living being on this planet — it does not require much of an explanation outside of the realm of biology. I make my previous statement as a product of my upbringing. With three siblings, my father working two to three jobs at a time, and my mother doing the same, getting everyone in one place at one time was a task easier said than done.

The one place where this was consistent was in our kitchen, particularly on Sundays: Sauce Days. I remember as a child waking up to the scent of garlic sizzling and the sound of my mother sniffling between the chop, chop, chopping of the onions. The process would begin before I awoke, typically around seven or eight in the morning. I would jump on my sister’s bed and poke at her face until she would push me off; for the youngest, she is pretty damn tough. This was my cue to leave.

My father and brothers were usually still asleep when I would go downstairs to help my mother. It always seemed like I was the only one interested in getting in on the best-kept family secret — don’t they see how important it is to be able to serve the same sauce that has been served over the course of generations? Don’t they see the power in the thick, red, bubbling goodness?

I would always make it down just in time for the meatball making. I used to love the way the meat would squash between my fingers as garlic, breadcrumb, fresh basil, and egg were added. I would bask in the glory of how shiny my hands would become when I rolled them into balls over my palms.

It wasn’t until I was almost seven years old when my mother started to allow me to drop them into the sauce pot. It took skill — if you did not place them just right, you would end up a burnt mess, covered in steaming olive oil. I remember the first day that I did and how I did not do it right … I learned this lesson fast as my mother laughed and reaffirmed that I was too young.

The sauce would sit on the stove all day, to be stirred every thirty minutes to ensure that it would not burn to the bottom of the pot. Around three or four o’clock, all six of us would gather around the table. This was our ritual. On Sundays it all seemed so easy because on Sundays, what it took to get that sauce on the table was a barred discussion. On Sundays, we did not have to bid my father good-bye at five o’clock in the morning and we did not have to worry about whether or not we would see him before our bedtime. On Sundays, my mother’s commitment was to us and the sauce and nothing else. On Sundays, we were a family without financial struggles, a family that could sit down to eat, no questions asked.

Why couldn’t everyday be Sunday?

When I was 14 years old, I left home to attend Westtown School, a Quaker boarding school in the outskirts of Philadelphia. I cannot say that my decision to go was either easy or hard because it was neither — it was sort of a given. Not only was the academic opportunity beyond anything I could ever dream of after thinking I would be joining my neighbors at Quince Orchard High School, a breeding ground for drug use and teenage pregnancy, I was also granted next to a full scholarship. The fact of the matter became that leaving home would cost less for my family than keeping me there. So I packed my things and haven’t been back for an extended period of time since.

Westtown is a college prep school and, thus, upon graduating, I saw my future to once again be a “given.” It was not only an expectation, but also an assumption of knowledge that after Westtown came college. I adopted this knowledge as my own even though it diverged from that of my once-home community. Now, here I am at Ithaca College.

Here I am among a student body that does not know who I am. Here I am as a young woman who feels that this is my way out while simultaneously feeling guilty for leaving. Here I am working 25 hours a week at two jobs just to afford the bills that I have no one to help me to pay and here I am worrying about what life will be like in a year when I graduate and have to add the expense of paying off my loans. Here I am following the dominant narrative of success created by the same system that has instilled in me such a craving for success. Here I am supporting the system that has downtrodden me — right?

This question has been one I have been struggling with a lot, especially this semester. I have come to the conclusion that I cannot answer this question through worth. I can ask “is education worth it,” and without the blink of an eye, I can affirm that yes, it is. Do I love to learn? Yes, I always have. Can you go as far to call me a nerd? Sure. Is it fair that to continue to do something that I have always enjoyed entails struggle? Well, no. Is it fair that in order to “be successful,” whatever that means, I have to go into debt? No. Is it fair that banks are profiting off of my debt? No. Is it fair that these banks are getting bailed out by federal funding while federal funding to institutions of higher education are being slashed? Absolutely not.

So what do I about it? This I don’t know. This is why I need you all that are here tonight. All of us are affected and none of us know — or so we think.

The fact of the matter is that we do know. We so often seek knowledge outside of ourselves and forget the stock of knowledge that we hold within. Ideas are shaped by experience and knowledge is derived from ideas. As those most affected by the issue of student debt, we are those who have the utmost amount of expertise on how to fight it. It is through conversation and collaborative effort that we find the answers.

Continue to share your story and continue to listen to those of others. Let this dialogue extend beyond the Pub and pervade classrooms, homes, places of work, everywhere you go. Know that you are not in this alone — this struggle is not your fault, but it one of a discrepant system. Discuss how to fight it and know that to fight it we must rise our voices together.

Return to the OCCUPY THE MIC news hub