‘The Light in the Piazza’ Shines Through 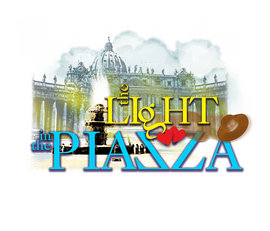 'The Light in the Piazza' at Ithaca College

Ithaca College opened its fall musical, Light in the Piazza, last night at the Hoerner Theatre in Dillingham Center with beautiful music and heart-warming acting. Adam Guettel’s music and score is a masterpiece. The cast’s vocals and the pit’s performance were musical perfection.

The musical explores the power of love through romantic and family relationships. Though the actual plot is not my favorite, one can’t deny the acting of the plot is spot on. Rose captures the girlish, childish, endearing nature of Clara with her contagious smile and curious demeanor. She is charming and charismatic, stubborn and spontaneous at all the right moments. Her voice is made for this part.

The song “Light in the Piazza” gives me instantaneous chills. The notes float through the air gracefully, filling the space with an angelic melody. Landry as Fabrizio embodies many girls’ dream of travelling to a foreign country and falling in love with an adorably endearing lovesick puppy who speaks very little English. His slight clumsiness and valiant efforts to translate from Italian help the audience fall in love with Fabrizio just as quickly as Clara does.

A scene that sticks out in my head the most takes place in the first act when Fabrizio is attempting to compliment Clara on her white headband. There is an excitement and cuteness that almost enacted an audible sigh from the audience. Landry’s voice is gold. I want to wrap myself in it like a blanket – it is so soothing and rich. Landry’s vocal performance is the best in the cast. His accent throughout the show is also extremely impressive. Rose and Landry’s chemistry is also spectacular, as are their duets together. The song “Say It Somehow” is simply gorgeous.

Dubner probably conveyed the most impressive character development. She is comical but also serious in her motherly duties. She truly embodies the adoring — sometimes suffocating —mother. But Margret is more than a mother. She is also a wife and a woman looking for true love. Dubner does a fantastic job demonstrating these internal struggles. Dubner’s last song, “Fable,” is the pinnacle of her performance — it’s the showstopper.

Senior acting major Miles Crosman deserves a shout out for quality acting as Roy, Margret’s husband. Though he has limited stage time, his portrayal of the distant and demanding husband sticks out with its raw truth, especially in his last scene.

Unfortunately, the same great praise cannot be said for the technological aspects of the musical, specifically the sound system. The microphones, especially in the first act, were too soft, making it sometimes difficult to hear the dialogue behind the pit when the actors weren’t singing. The balance improved after intermission.

The opening scene and set effectively used the white scrim. With golden lights, Florence, Italy of the 1950’s comes to life, letting the audience feel as if they were part of an old photograph. The rest of the set is nice and effective to the show, though it is nothing that greatly caught my attention. It left me wanting a little more of a “wow” factor.

Conversely, the costumes capture the time period perfectly and really suit the characters. Great job to senior Grace O’Malley, costume designer. Overall, Light in the Piazza proved itself to be another quality show from Ithaca College. The vocals and instrumentals alone should be enough to make everyone want to see this. Congratulations to the cast, crew and director, Susannah Berryman, for an enchanting opening night.

The Light in the Piazza runs at Ithaca College until closing night on Saturday, November 12.