Planned Parenthood Is the New ‘Cool’ 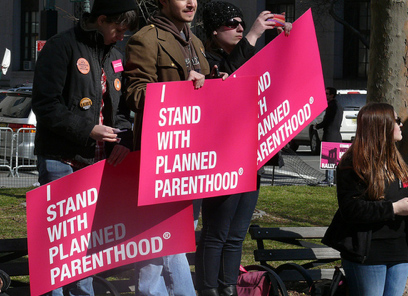 “I went last year. I should probably get in before the next time I get it in…BOOM!”

“Yeah man, I go at the beginning of every semester. I don’t mess around when it comes to my junk.”

“If you guys can go this week, I’ll make an appointment and drive us down to Planned Parenthood.”

I recently caught the tail end of this conversation while at a barbeque. Though the content was surprising, the participants were even more shocking; these friends were two boys and a girl. STD/STI testing though incredibly important, it has always had a sense of shame surrounding it. Though I myself have been tested, it was never something I waved proudly for all to see. But is the stigma involved finally changing?

For most of use, we start sex education and health classes around the same time we hit puberty – sixth grade. By the time we get to college, and depending on your school’s curriculum, we’ve had three to seven year of the same lessons: You must wear a condom, No means no, and Get tested when you’re sexually active. This amount of repetition is bound to make some sort of impression, perhaps to the point where we can create our own dialogue. The more we hear about it, the more comfortable we are talking about it.

As college students, it is assumed that in one way or another we are sexually active. It is a stereotype frequently played out in movies and TV shows like Greek. Hopefully, the responsibility of getting tested, and not just when something might be wrong, can become part of the norm too.