Home Buzz Blog Top 6: Most Embarrassing People I Accidentally Emailed (And/Or May Have Infected With A Computer Virus)
Buzz BlogTop 5

Top 6: Most Embarrassing People I Accidentally Emailed (And/Or May Have Infected With A Computer Virus) 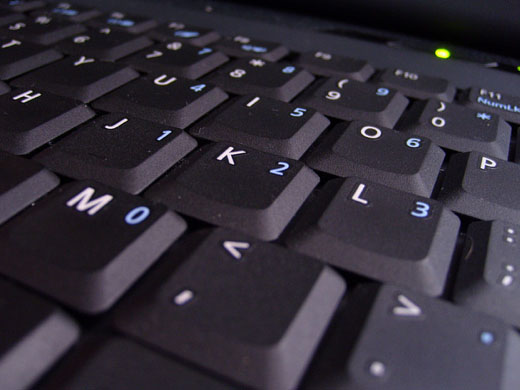 Without my glasses or contacts, I’m blind. Really, really blind.

Like, so blind that when I want to see what time it is when I wake up in the middle of the night, I can’t see the time on my TV or my alarm clock on my nightstand. Which means that I usually have no other choice but to sleepily stare at the bright light of my phone.

And last night when I checked the time during one of my nightly wake-ups (it was 4:18 AM, by the way), I was also greeted by 14 emails.

Obviously, like any 20-year-old, I’m extremely important, incredibly busy (and, apparently, amazingly modest), so a few emails while I sleep isn’t any big deal. But last night, I couldn’t help but feel a little bit like Derek Zoolander after he woke up from his trip to the “daye” spa.

With the exception of one email, which was from Princeton Review (GET IT TOGETHER, I’M ALREADY IN COLLEGE), all were from “Mail Delivery Subsystem” telling me that the address I sent to no longer exists. I realized the inevitable truth: I was a victim of a stupid virus that sent out emails to my entire address book.

When I woke up this morning to do damage control, which consisted of posting a Facebook status (if we’re not Facebook friends, you probably deserve the virus…), I also checked the sent folder to see my victims. Unfortunately scrolling through the emails and checking out the recipients was even more embarrassing than admitting and accepting I still had an AOL email address in the first place. Here are just a few of the people from my past who I may have accidentally infected with a computer virus.

1. The Woman Who Interviewed Me For College – I obviously did the right thing for the interview at my dream school that scared the shit out of me and sent a follow-up email. She might’ve appreciated that first one, but getting this another four years later? Not so much. Ironically, she shared an email with my current academic advisor. Which reminds me: Um, hello virus, haven’t you ever heard of BCC?

2. Family Members I No Longer Speak To – But seriously, please take my shady, middle-of-the-night email to check out hot singles in your area as the chance to reconnect with me. It’s the least you can do—after all, I did break the ice…

3. My First Kiss – I have to be honest, I don’t ever remember emailing him. But my guess (read: hope) is that we exchanged some really steamy, middle-school versions of sexting via AOL email. I hope he was at least smooth enough to pull off the winky face. 😉

4. My Old Babysitter – This one actually bounced back, because I was sending it to her .edu email, but she graduated years ago and currently works full-time as a teacher. In retrospect: I’m really sorry for emailing you. I’m your age now, and thankfully not contacted at all by middle schoolers. I’m sure I was pretty annoying.

5. My Entire High School Newspaper Staff –  And you all thought I was annoying when I was a senior in high school and the managing editor of the school paper and I’d send all those emails. Guess what, my power trip clearly just got worse—I’m still emailing you! While I have your attention, did I mention I’m a journalism major? You should probably check out my resume and see why I should have been editor-in-chief.

6. My Grandfather – Luckily, I’m still not totally convinced that he knows how to open his email. Or get on the Internet. If he can, though, hey Poppa! Please don’t open that link!

I think the only next logical step is to delete my AOL email address, not only because of this disaster, but also because it’s 2011 and I shouldn’t live—and only party—like it’s 1999.

I can only hope that its death won’t be in vain, and others will at least learn from my mistake, and get rid of old email addresses, or maybe just clean out their address book every once in a while. At least use some protection—don’t help spread any viruses.