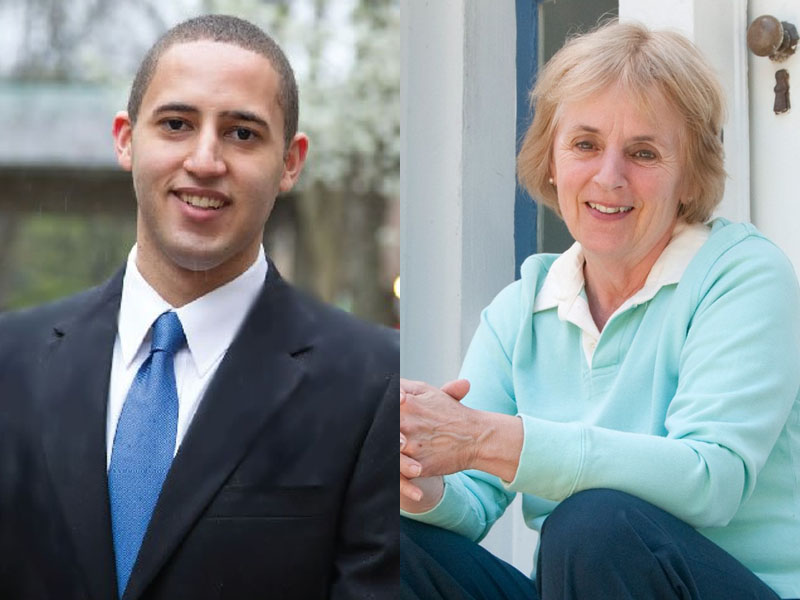 Svante Myrick, a 24-year-old member of the Ithaca Common Council, is leading as the democratic City of Ithaca mayoral candidate after winning Tuesday night’s primary.

“I love the city and I love to serve it, and I think my service so far has made a difference, and I would love to continue to serve it in the capacity of mayor,” Myrick said on a WHCU radio debate broadcasted less than a week before the primary.

Myrick has represented the 4th Ward on the Common Council for the past four years, in addition to serving as the assistant director of Student and Young Alumni Programs at Cornell University. He resigned from the full-time position at the university in early August.

“I made the decision to leave my job because I didn’t want there to be any doubt in my own mind about what it is I want to give 100 percent of my time, energy and effort to,” he said.

Mackesey, Myrick’s chief opponent in the mayoral race, has criticized Myrick for his popularity among the Ithaca student population because of their transient status in the community.

“This is not a group who feel that they have a stake in the community,” she said. “This was just an attempt to increase his voter votes.”

Despite these concerns leading up to the primary, mayoral candidates will have to contend over a variety of issues including hydraulic fracturing, the future of the Emerson brownfield site and the budget deficit.

“I think that just the stakes are really high right now,” Myrick said. “With the fiscal situation, we’re facing more than a $3 million budget deficit, we’re facing changes in technology and in our population and in our demographics that are both a crisis and an opportunity, and I think there are a lot of people who are involved right now and a lot running for office and a lot of people involved in the campaign because many people in the city view this election as the most critical in a generation.”

Meanwhile, Janis Kelly, chair of the City of Ithaca Republican Committee, will also be running for mayor, on the Republican ticket, and Wade Wykstra and Christopher Kusznir will be running on the independent line in the November 8 election.

Ithaca’s current mayor, Democrat Carolyn Peterson, will leave office at the end of this year.